EPOS: the Technology behind our IoT

The third generation of Motes produced by LISHA consolidates over a decade of industrial and academic deployments. EPOSMote III has a multilayered architecture around a low-power processing and mesh communication module. Additional modules allow for alternative power sources, such as solar and hydraulic; for long-range communication, such as Wi-Fi and 3G; and for numerous sensors, including GPS, gyroscope, accelerometer, temperature, humidity, pressure, turbidite, sound, ultrasound, and many others. It is the driving force behind all projects depicted in this site as 2017. 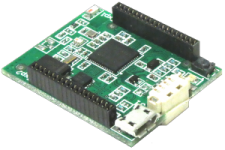 The Trustful Space-Time Protoco (TSTP) is a cross-layer protocol designed to deliver authenticated, encrypted, timed, and geo-referenced messages containing SI-compliant data in a resource-efficient way. It pairs SmartData, a novel, data-centric paradigm for programming WSNs and the IoT, in terms of communication. By integrating shared data from multiple networking services into a single communication infrastructure, TSTP is able to eliminate replication of information across services, achieving small overhead in terms of control messages. It relies on symmetric encryption algorithms (i.e. AES + Poly 1305) and distributed key generation (i.e. Elliptical Diffie-Hellmann) to deliver a scenario in which private keys are never exchanged across the network and also not stored somewhere else. A TSTP-IP Fog gateway bridges TSTP secure devices with the cloud using traditional Public Key Infrastructures.

The Heuristic Cooperative Calibration Positioning System (HeCoPS) performs trilateration of range measurements to estimate the position of IoT devices, both indoor and outdoor. Range measurements (rm) can be obtained from the Radio using Received Signal Strength Indicator (RSSI), from ultrasound transceivers, or from a more precise source such as a laser. HeCoPS constantly calculates deviations (dev) of those rm and broadcast them, along with a confidence tag, to its neighbors6. 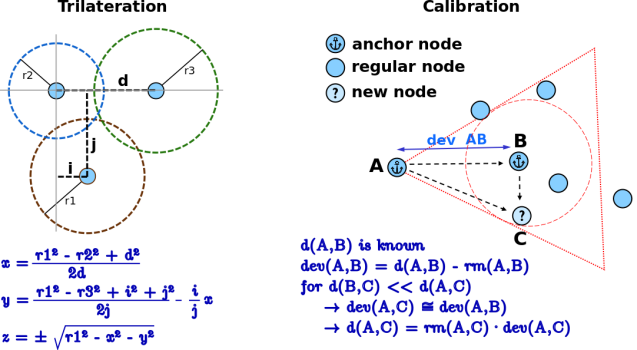 EPOS Speculative Precision Time Protocol (SPTP) levarages on TSTP timestamps present in each and every message to speculatively synchronize the clock of neighbor nodes to sub-microsecond precision. Clocks are constantly recalibrated to compensate the skew of low-cost mote's clock sources. Calibrations take place in the direction of the sink (Fog gateway), which can be seen as a Master of the original IEEE 1588 PTP. If on-going traffic is too low to support the calibration, then node reaching the half-life of their maximum sync cycle can induce traffic by setting a bit on TSTP header demanding a neighbor to send an empty, to-be-discarded packet.

SmartData is a high-level API for sensor networks that aims at leveraging the myriad of features available on such networks while delivering a common, consistent, semantic abstraction for sensed data that facilitates the development of sensing applications without incurring in significant overhead. A SmartData is a piece of data enriched with enough metadata to make it self-contained in terms of semantics, spatial location, timing, and trustfulness. It is meant to be the only application-visible construct in the sensing platform and therefore implicitly mediates all system-level services, including communication, synchronization, and the interaction with transducers and actuators. An application reads a sensor simply by accessing the data contained in a SmartData through its interface. The data is automatically updated from the network according to the parameters specified at instantiation-time. Actuation happens through the same interface: changing a SmartData causes messages to be propagated over the network to command actuators accordingly until the new value is observed. It, therefore, bears the notion of a setpoint for a network-wide controller when seen as a writeable object. 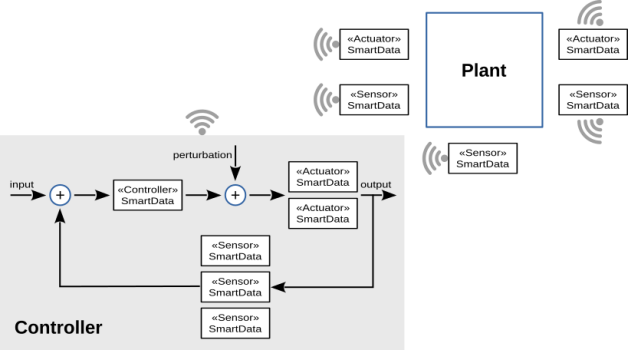 Build on SmartData, LISHA"s IoT Platform integrates a myriad of wireless communication systems in TSTP segments that are connected to the Internet via trustworthy gateways. 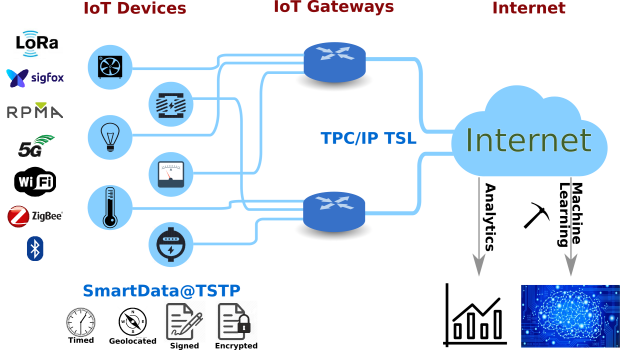 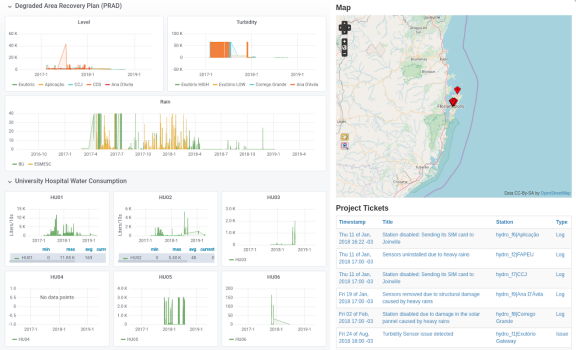